Poor Communication In Your Marriage 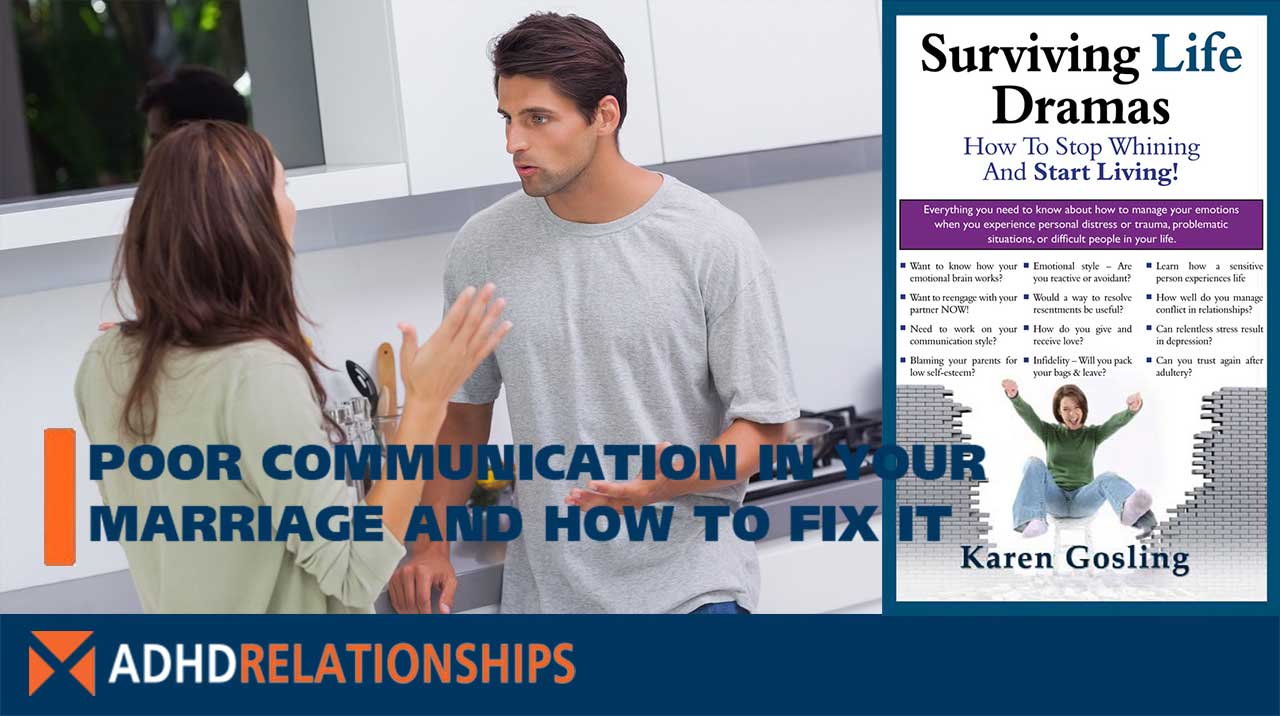 Phil and Michelle came to counselling to deal with poor communication in their relationship.

There was an upsetting incident relating to the time Michelle had been in hospital having their first child. She’d had the baby on a Thursday and Phil said to her on the Friday that the lads at work wanted to take him out to celebrate his son’s birth. His work mates had organised a golf day for the Saturday and wanted Phil to come and be the guest of honor so they could take him for a few drinks afterwards to celebrate. Phil was absolutely chuffed and when he told Michelle what they’d organised, he said he hoped she would be okay with him going to this golf day.

Michelle was speechless and said nothing  – and Phil took her silence as consent that he should go on the golf day with his work mates.

In fact, Michelle felt really upset that Phil was not giving her priority and spending the Saturday in the hospital with her, as she expected family and friends to visit on that day prior to her going home with the baby on the Sunday or Monday.

And yes, the family did come to visit on the Saturday, and brought gifts and flowers for their new son, but Phil wasn’t there. He was off playing golf.

Michelle didn’t say anything about the incident at the time, but some months later it was still an issue for her. On several occasions she tried to tell Phil about her feelings, but he immediately defended himself and said of course he had to go because the lads had gone to the trouble of arranging the golf day especially for him. In the end, Michelle asked Phil to go to counselling with her. When the topic was brought up in the counselling session, and Michelle disclosed how hurt she still felt, Phil looked at her in complete astonishment and said, “I had absolutely no idea that you wanted me to stay.”

Michelle said, “Well, when you told me you were going off to play golf. it seemed you didn’t even consider me.” Phil said, “Then why didn’t you tell me that you wanted me to be there? That would have been alright. I would have told my mates that I couldn’t go. As far as I recall, I did ask you and you didn’t say no. I can’t read your mind.”

Well you’re just meant to know that I would want you there and that our families were coming in on the weekend to meet our child! That Saturday in particular was to have been a special family time.

From this case study and many other situations I’ve learned that men don’t often “just know” and they need their partners to communicate clearly what their needs are. As Phil said, “I can’t mind read.”

Do you REALLY want to STOP the downward spiral caused through poor communication in relationships? You CAN if I help you:

The trick to staving off separation and/or divorce lies in how effectively you and your partner communicate. Increased stress in your relationship often comes from the inability to express your feelings or opinions for fear of a bad reaction from your partner, or a discussion escalating into an argument.

Poor communication in relationships causes conflict, defensiveness, and worsens your time together!

The good news is… “Communication is a skill that you can learn. It’s like riding a bicycle or typing. If you’re willing to work at it, you can rapidly improve the quality of every part of your life.” And just like bike riding or typing the skill of effective communication soon becomes automatic.

Karen Gosling helps couples in a broken relationship win and succeed at life and live with confidence. For assistance to fix your failing marriage, book your initial counselling session now. In this session I will teach you 3 things that will help you begin to reconnect with your husband or wife. Get started here now. Click the link below to LEARN my 3 Secrets To Having A Happy Passionate Marriage.