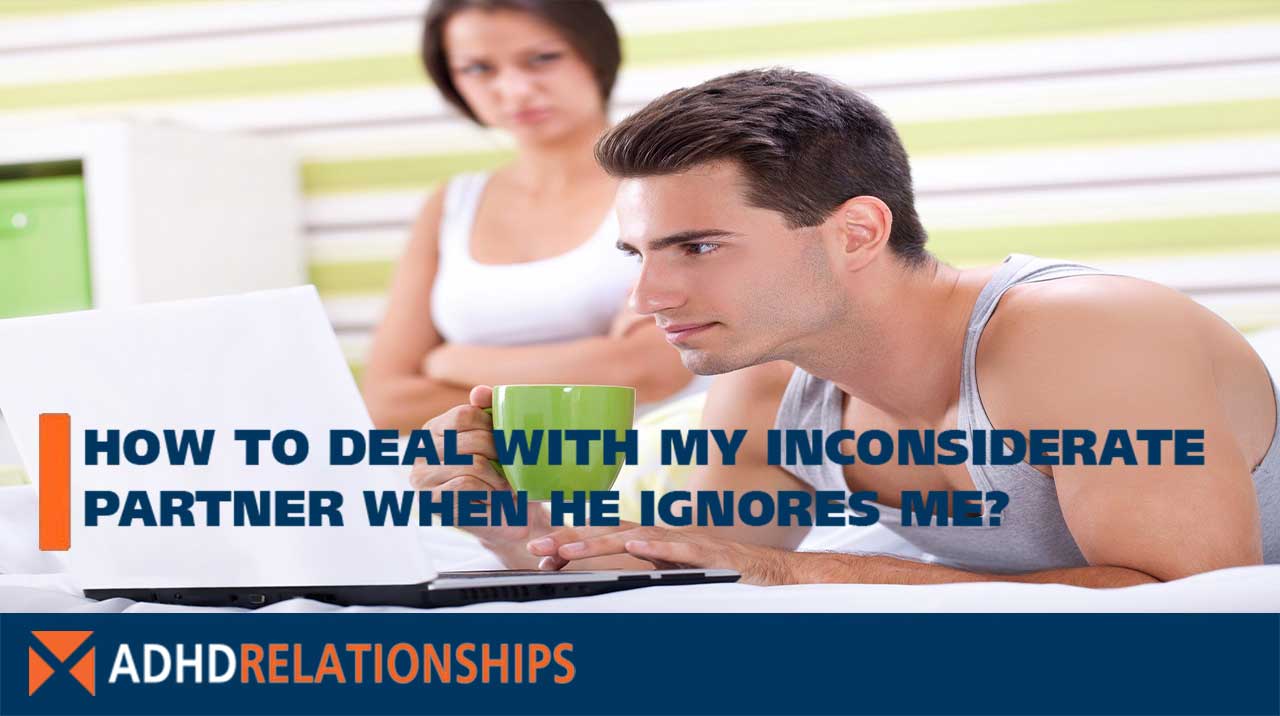 How to deal with my inconsiderate partner when he ignores me?

Why doesn’t he care about my feelings?

How often have you yelled it in arguments, or complained to your girlfriends, that he makes you feel such a low priority?

He is so inconsiderate of your feelings… and it’s not just the things he says, it’s the things he does, or doesn’t do, that leaves you feeling like the bottom of the list, time and time again.

It feels just SO disrespectful, yet he doesn’t seem to care. And he never apologizes. You have to wait until the time is right to talk to him about how you feel and he just usually pleads ignorance, and tells you he never meant to hurt you. Or that you’re over-reacting.

You would expect the man who loves you to know what upsets you and offends you, right?

And you would also expect him to know when you are feeling miserable or troubled about something, and ask you what is wrong. After all, that’s how it was at the beginning; in fact it was one of the things that you loved about him. Back then, you were the center of his world.

But now it seems so much else is a priority for him. His work, the rugby, his motorbike, and his mates who always want him to lend a hand – and he never says no to them. Yet he can say NO to you, or completely forget about the job you asked him to do! Or the children he promised to spend time with.

Why is he like this? Why is it that everyone else thinks he’s the most amazing guy, would do anything for anybody, and always really friendly, whereas with you, he can be snappy and irritable, forgetful, and downright lazy. But worst of all, he seems to not care about how you feel… and gets defensive when you try to tell him.

Read some of the related topics to gain a better understanding on how men differ to women in the way they view relationships and communication. For one thing, they are not usually thinking about relationships (it’s a male brain thing!) and they make decisions based more on logic than on feelings.

It will be useful for you to know a bit more about how your man thinks and acts, and what he needs you to do so he doesn’t come across so often as inconsiderate. To get started, make an appointment with me and discover yours and your partner’s love language and relationship ‘Mate Type’.

To get started, make an appointment with Karen Gosling and discover yours and your partner’s love language and relationship ‘Mate Type’.