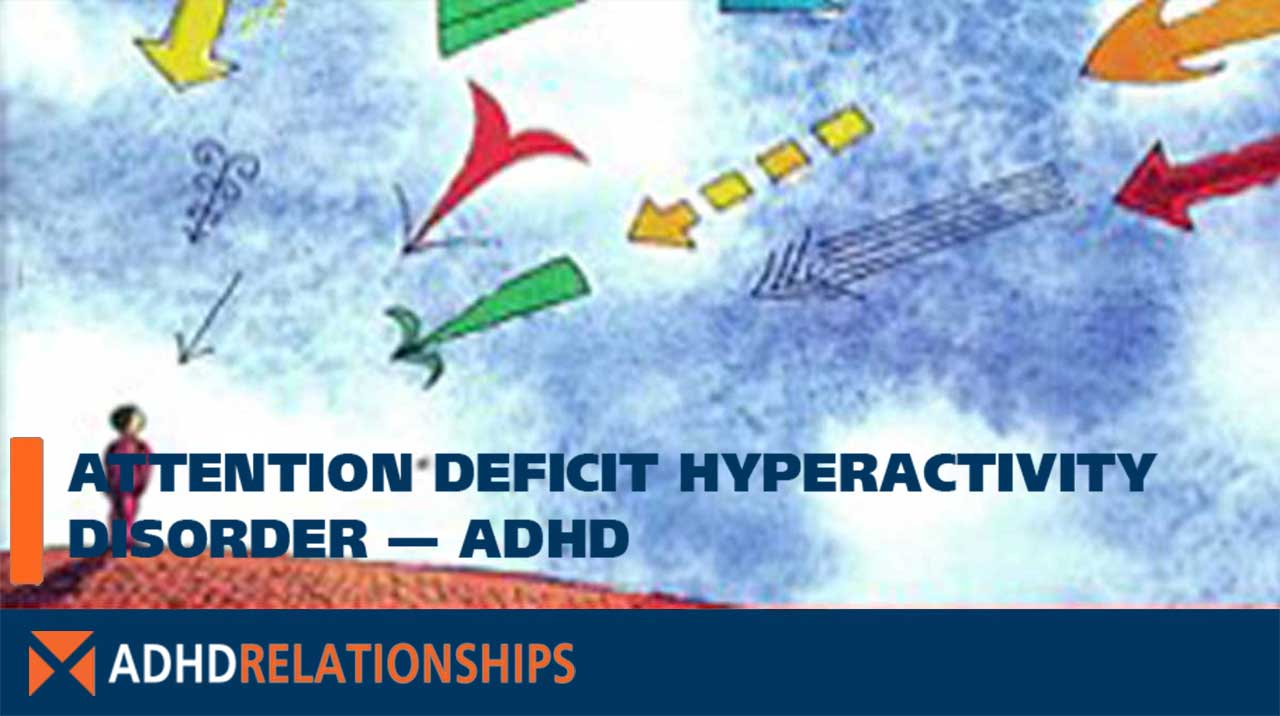 It was once thought that children with Attention Deficit Hyperactivity Disorder (ADHD) grew out of it by adulthood, but research indicates this is not always the case. Some children with ADD will grow into adults with ADD, but with greater life experience and development of skills, adults often learn to mask ADD and manage in spite of it.

The name Attention Deficit Disorder is a misnomer. Firstly ADD is not about attention deficiency, it is about attention inconsistency. Secondly, it is not necessarily a disorder, but can become one if the person has problems with work, social relationships, or functioning in daily life.

ADD is rather a set of characteristics and traits of behaviour resulting from a brain that is working differently to the “normal” brain. Usually the symptoms are passed off as “Oh, that’s just Brenda” and the traits are seen by others as Brenda’s idiosyncrasies. ADD is not actually a condition – it is who you are!

The person with ADD feels as though there are 100 thoughts bombarding his or her brain at any given time.

The thoughts never stop and can feel like a constant whirling in the brain. One can access these many thoughts, giving rise to many different ideas and often extraordinary creativity. However, the same thoughts can also distract the person from ever getting around to carrying anything through. Others will complain. “There is never any follow through” or, “He never finishes what he starts”.

Yet the same person, if doing a task or involved in an activity that is especially interesting to him, can hyper focus to the point of being unaware of what is going on around him, as he gets totally absorbed. Both these traits cause loved ones to complain. The ADD will often intend to do something but simply never gets around to it, and this is especially so if the task is mundane and boring. The person’s own thoughts or something else that occurs along the way will totally distract the ADD from the task he intended to do.  One saying that describes the ADD aptly is: they end up doing what they do not mean to do, and not doing what they mean to do.

The ADD person learns to make his brain function better by attending more to things that are interesting, new, novel, challenging, risky or exciting. This must be an activity in the present tense. Remembering that an interesting activity was done yesterday just doesn’t “cut it”. That holiday he had last month does not retain its excitement – the ADD will want to repeat interesting experiences.

The impact of Adult ADD on a relationship

The partner of an ADD may complain of being tired and not respond to the request to go out often (the ADD needs stimulation) and this difference is a common cause of relationship difficulties. The ADD hates boring, and work, sports, TV, reading, marriage can all become boring. The ADD is always on to something new and novel and fun….until the battery pack runs low.

The ADD brain needs time to recover and this is experienced as tiredness and lethargy and complete lack of involvement. The partner and family of an ADD will complain and beg and urge their ADD loved one to be involved with family activities yet now the ADD will want to rest and sleep an inordinate amount of time. This gives rise to comments like, “You are so selfish” and “It’s always about you”.

The partner of an Adult ADD will frequently lament that she or he is the lowest priority, for  example, “He always has time to help everyone else, but never gets around to doing the things at home I’ve been asking him to do for ages”. Once you know about ADD it is easy to see why. Doing things for someone else is new and exciting and has different rewards!

Other common symptom of Adult ADD

As well as distractibility and restlessness, the other common symptom of ADD is impulsivity. Due to the many thoughts whirling in the brain, it is common for the ADD to speak before he thinks, and say things that he did not even intend to say. The words that come out might simply sound wrong, or may be offensive and insulting.

Many ADDs report that they hear themselves saying things that they have not even considered saying, resulting in the thought, “where did THAT come from?” It is also common for the ADD to be impulsive with shopping and spending money, they themselves often complaining that they cannot stop. There is often a cupboard full of “must have’s” at home. ADD may explain certain behaviors but does not excuse them.

The ADD person will often say that he has not accomplished much in life, regardless of how much he has actually achieved. This is because there are so many ideas going on in the brain, there always seems more to do. It is not uncommon for the ADD to start many different projects or courses, but not complete any of them. They will have ideas a-plenty but not get started. They will talk about what they intend to do or should do, but rarely get around to doing it. They often will lose track of time, or misjudge how long it takes to do something, and arrive late. And at the end of the day, they will be tired and want to sleep, even at the dinner party!

There are many advantageous characteristics as well. People with ADD often exhibit original out-of-the-box thinking. They can have an unusual way of looking at life, a zany sense of humor, and an unpredictable approach to things. They can be warm-hearted with a generous nature. They are frequently highly intuitive. Their creative talents usually remain under-developed until the diagnosis of ADD is made, and they give themselves “permission” to race ahead with their ideas and creativity.

Karen Gosling specialises in helping couples and families where ADHD impacts negatively on their relationship. If this is your issue, make an appointment to see Karen today.